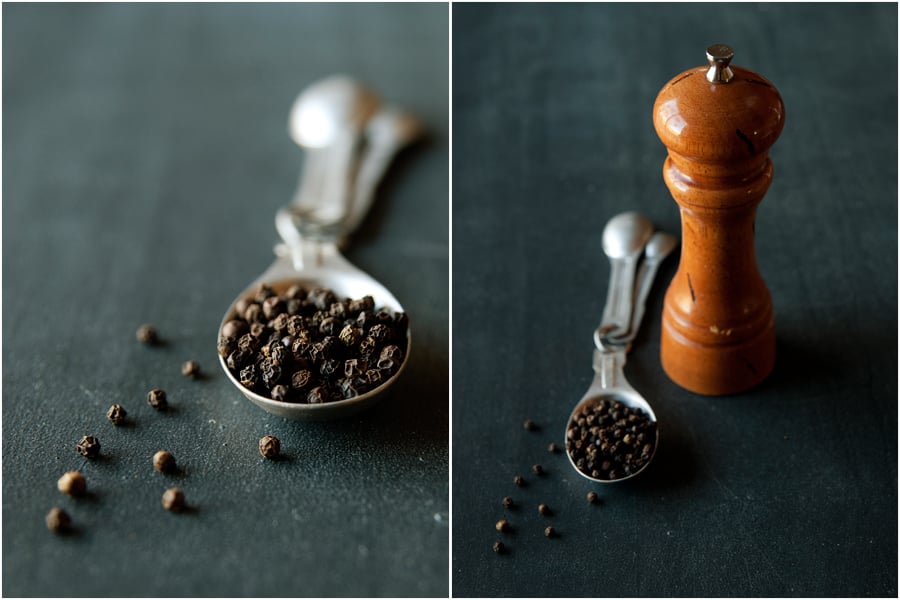 Black pepper is known to be one of the world’s most traded spices, making it almost a given that it would be a part of the Pantry 20.

Native to southern India and Indonesia, and grown as the fruit of the Piperaceae vine, grape-like clusters are picked and dried, becoming what we know as peppercorns. From that point it is further ground into black pepper, or kept intact as peppercorns, only to be freshly ground in pepper mills at the time it is needed to season a dish. Known as one of the most common spices in cooking, black pepper is often paired with salt when seasoning and finishing a dish to balance it’s flavor, this is how you’ll most commonly see it used in your Fresh 20 menus.

When shopping for black pepper, The Fresh 20 recommends Penzey’s Spices, if it is available in your area. Once you have purchased your black pepper, store it in a dark, cool place. Ground pepper will retain it’s flavor for up to four months time. Freshly ground black peppercorns, using a pepper mill, will yield the strongest pepper flavor and require less when seasoning a dish.