Welcome to The Fresh 20 Recipe Diary! Each week we will feature an in-depth look at one of the week’s recipes including its history, ingredients, and any special cooking techniques. As always, we love to hear from you, so please post any comments, questions, or suggestions below. Let’s get started!

ORIGINS: Pozole is a celebratory dish from Mexico and New Mexico served on Christmas Eve and for other special occasions. It is also rumored to be a home remedy for those who may have over celebrated! The word ‘pozole’ is a Nahuatl (an ancient language of Central Mexico) word meaning “foam” or “foamy” referring to the frothy surface of the stew from boiling meat and hominy.

RECIPE NOTES: This recipe is delicious, nutritious, and easy! Be sure to allow the ancho chili enough time to really soak and soften for a smooth rich liquid. The kale and cabbage only need to be cooked long enough to slightly soften, so once you see them beginning to wilt add in your broth, hominy and ancho mixture.  They should still be tender/crisp when served. Serve the garnishes in small bowls and let everyone personalize their stew and then dig in. Most nights just getting the entire family together around the table is reason enough to celebrate!

Comments on this entry are closed. 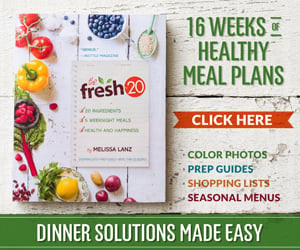